The backbone of our breeding operation; our glorious mares hail from breeding programmes known for consistently turning out quality performance horses with lovely temperaments. 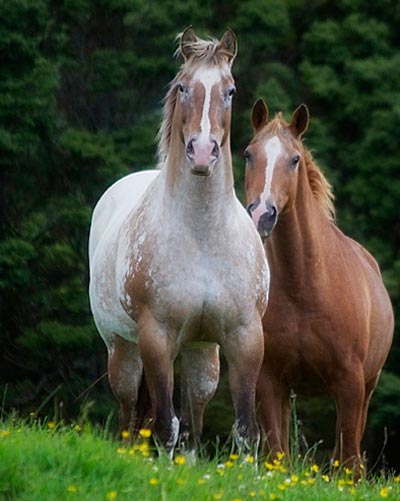 Bred by Vince and Samantha McAuliffe

An elegant, powerful, extremely agile and long legged deluxe performance horse with the sensible, very willing and trainable temperament you expect from this line. 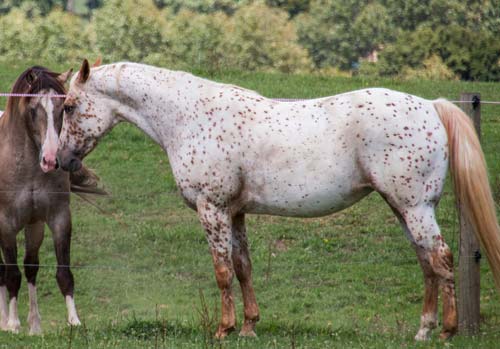 Bred by Vince and Samantha McAuliffe 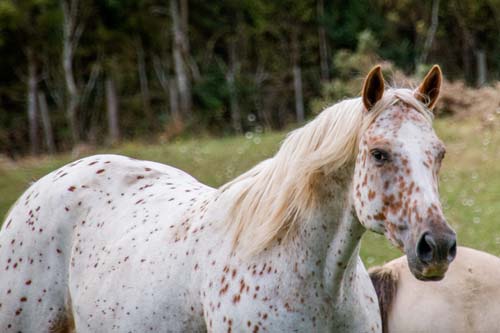 Her sire is the incomparable Cayuse a Grand Illusion (Australia) by the German Celle Stud Hanoverian stallion Grand Cru, from one of the Cayuse stud's most outstanding producers Cayuse Transfewsion. The warmblood crosses with this line consistently produce top notch dressage and jumping Sportaloosas, all with the exceptional temperament that the breed is known for.

With all the performance ability of a Warmblood but the cool head of an Appaloosa, Ruby has sensational movement, a calm and friendly nature and stands around 15.3hh. 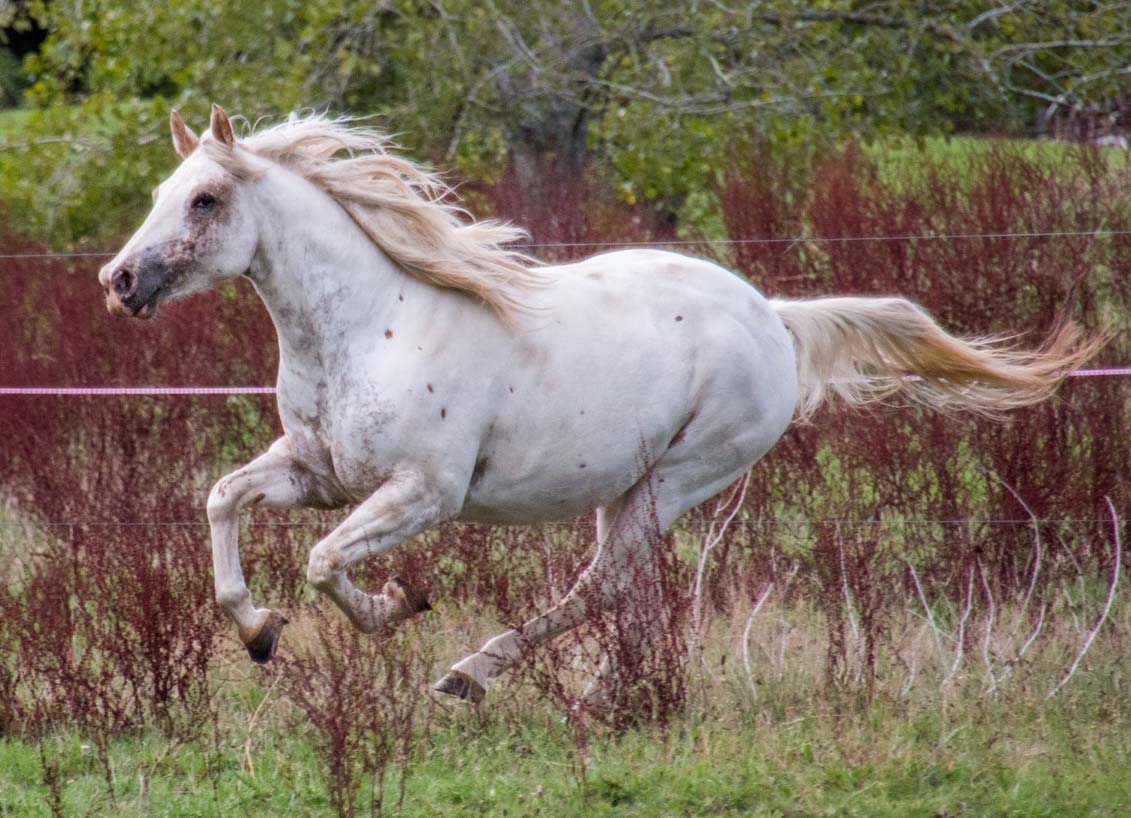 A red dun mare with personality plus, ability to burn and a refusal to settle for second best. 15.1hh.

On our third importation of a mare in foal, we managed a filly (you cannot imagine the excitement when she popped out!)

'Ice' holds our record for the number of times she's been 'sold', only to have the purchaser disappear without a trace so finally, we realised she was meant to be here. And, why not? Her sister retained at Cayuse Sportaloosas in NSW has proven to be a top producing mare and Ice herself has developed into the most beautifully put together mare we could have hoped for.