Some of the most famous bloodlines in the Appaloosa world run through our Appaloosas' veins. We invite you to meet some of the horses who have had such an influence on our breeding programme. 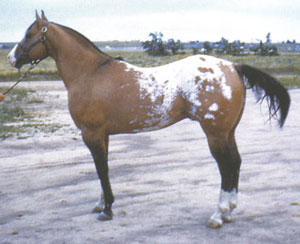 One of the most famous Appaloosa stallions of all time, Bright Eyes Brother has sired more horses in the ApHC Appaloosa Hall Of Fame than any other stallion.

Subject to plenty of controversy in his day (and beyond) due to his flashy markings, BEB none the less made his mark as a tough performance horse and his incredible prepotency as a sire.

He features in the bloodlines of Mighty Luminous and Skip's Supreme as well as a variety of our mares and it's when those crosses are made that you get to see the unmistakable BEB stamp in the resulting foal. 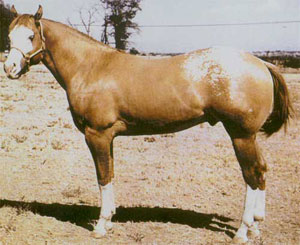 By Appaloosa legend Bright Eyes Brother and out of Peggy's Delight, Mighty Bright was foaled in 1960 and was BEB's leading siring son. Shown 3 times as a weanling, for 3 wins and a high point award, Mighty Bright broke his leg in 1961, and although he recovered, he was not shown again.

In all, Mighty Bright sired 189 registered foals including 6 bronze medallion winners who collected 54 performance points and 16 halter points. He was inducted into the Appaloosa Hall of Fame in 1988. 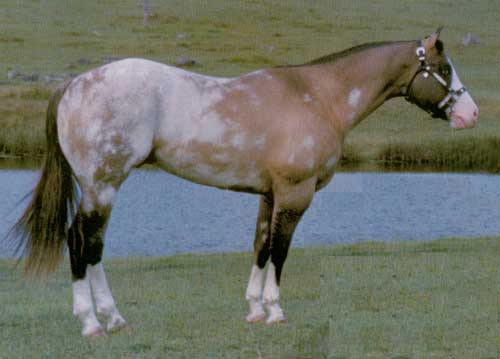 Imported to Australia from the USA as a yearling, Mighty Storm Song stood second in the nation to Dreamfinder at the time he was purchased by Cayuse Appaloosas, having been sashed USA National Reserve Champion Yearling Colt, and taking 4th place at the World Championship Appaloosa Show.

In Australia, he was sashed Grand National Champion stallion numerous times, and he has held state and national titles in cutting, reining and western pleasure, National and State Grand Champion Sire.

His record as a sire is even more outstanding, with progeny winning state and national titles at halter and a huge variety of performance events. The majority of his get have been ridden and trained by youth and amateur riders, and have exhibited superb temperaments in addition to their physical talents. 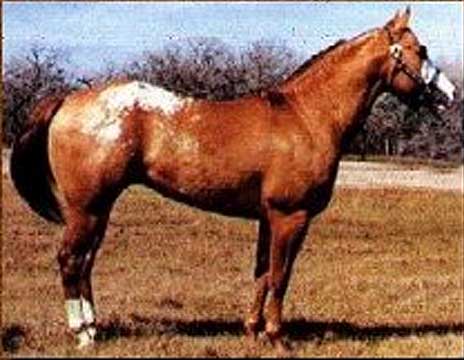 So named for his resemblance to Mighty Bright, this stallion was bred by the legendary Hadley Campbell, and purchased by Dr and Mrs George Gayle on the death of Mighty Bright.

Mighty Bright Again is by National and World Performance Champion Honey Toe, and out of Miss Plaudette (out of Bright Plaudette). 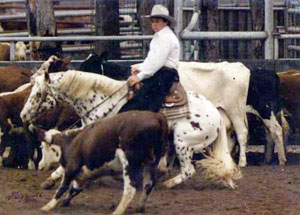 Ric holds a National Cutting Horse Association (NCHA) Certificate of Ability (the only Appaloosa to do so), NCHA Superior Cutting Horse and multiple national (Australia) champion.

An unparalleled athlete, this 1978 red leopard stallion stood at 14.2hh and was a sire of cowhorses, reiners and dressage horses.

When we imported Mighty Enchanting, we had the opportunity to breed her to any stallion at Cayuse Appaloosas before she left and chose this very underused stallion.

The resulting foal was the snowcap blanketed dun colt Enriched, purchased by Arawood Appaloosas to become their next sire. 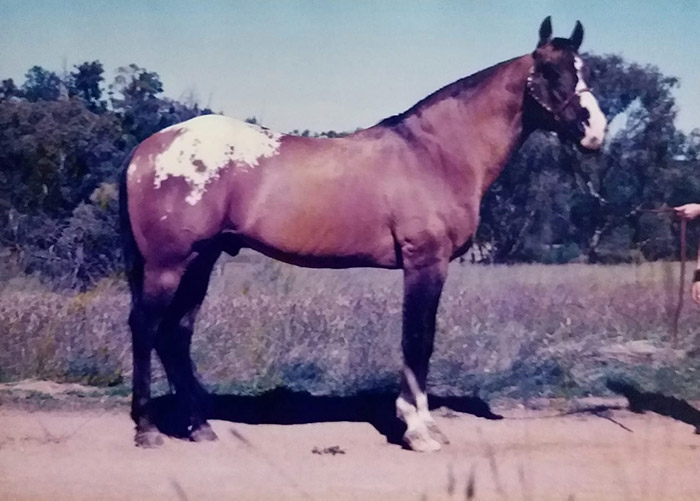 Imported to Australia as a mighty old horse at age 19 by Cayuse Appaloosas, this beautiful stallion was the last living son of Mighty Bright.

He's the sire of our beloved Cayuse Mighty Enchanting. 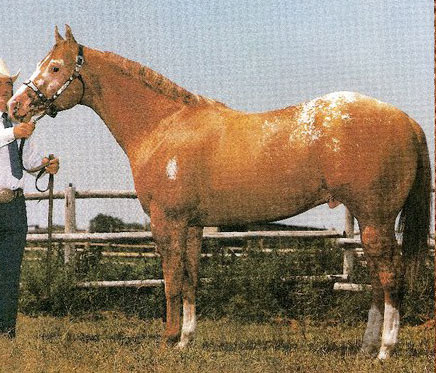 Mighty Storm Song's sire, this dun and white stallion is yet another example of the potency of the Bright Eyes Brother 'look' (his great granddam is Bright Luster), with his ability to sire horses that perform with as much panache as they show in the halter arena.

He is by World Champion, World Champion Sire and Hall of Famer The Executive, and out of National Halter and Reserve Pleasure producer Spanish Lisa (AQHA). 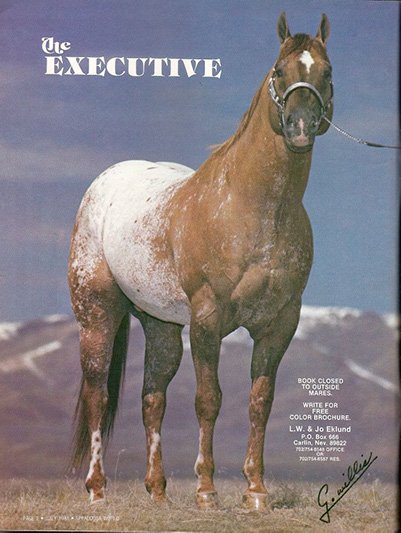 Yet another Appaloosa legend, The Executive was first named Dial Bright Three, in recognition of his own illustrious pedigree. By Dial Bright Too and out of Dial Right Time, he received his own name after reaching Lew Eklund's hands and wrote his own history.

He sired 297 foals and was inducted into the Hall of Fame in 1993. His get have been successful in jumping, halter, side saddle, saddle seat, reining, Western and hunt seat pleasure, roping, barrels, poles and working stock horse classes. 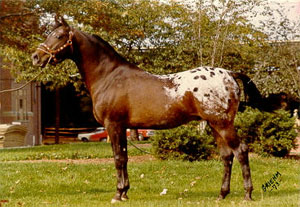 You'll find this stallion in Mighty Luminous' pedigree on his dam's side.