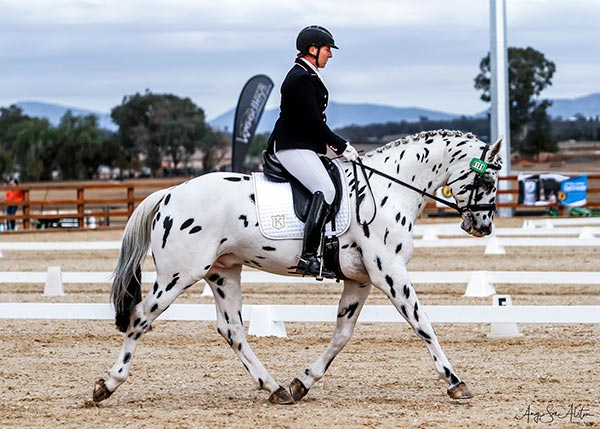 We are privileged to own a breeding share in the superb Danish Knabstrupper stallion Sartor's Supermodel, imported from Denmark and resident in Australia.

His pedigree includes the best of modern Knabstrupper breeding for dressage, jumping and all-round performance and his temperament is second to none. 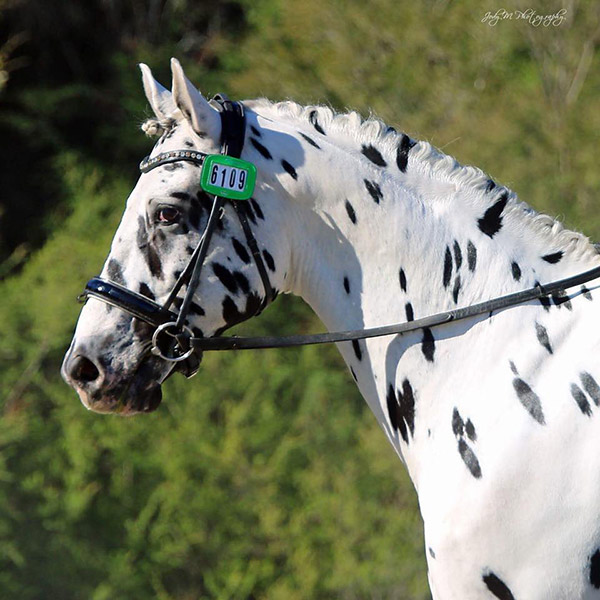 He comes from the Sartor Knabstrupper stud, respected throughout the world for producing top quality performance horses with lovely natures and spectacular jackets.

His sire Sartor's Showtime is performing up to medium level dressage in Europe under Olympic dressage rider Victoria Max-Theurer.

Showtime combines the dressage talent of the Sandro Hit Oldenburg stallion Sir Donnerhall with the best of Knabstrupper performance breeding.

Supermodel's dam Nicole is by one of the Knabstrupper breed's most influential stallions - Rasmus Af Hallundbaek. 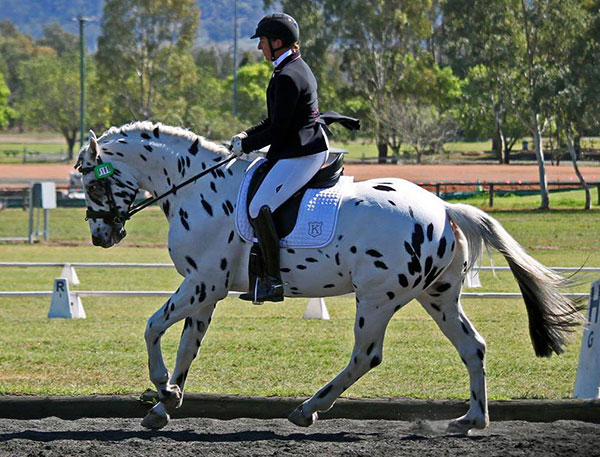 Supermodel is a fabulous choice to produce foals with superior performance ability in dressage and jumping disciplines and with 10 out of 10 temperaments.

This stallion has the movement and ability to collect that every dressage rider needs, with the sweet, calm and trainable nature that every horseperson wants.

And, at 16.3hh, he's producing foals that have height too.

Supermodel is owned and was imported from Denmark by the leading Sportaloosa stud Cayuse Sportaloosas in NSW, Australia.

See his foals here (2016 onwards) and plan one of your own. You won't be disappointed! 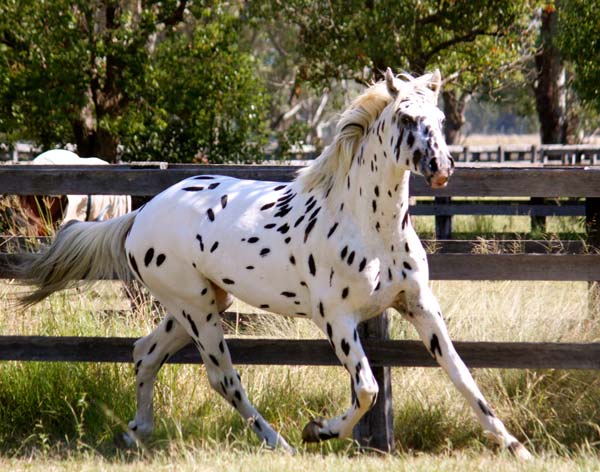 Frozen semen is stored at Equibreed and can be purchased from us by the dose OR on a pregnancy basis (insemination at Equibreed only).

See him on video.

Filmed at 3 years old for the Sportaloosa stallion showcase 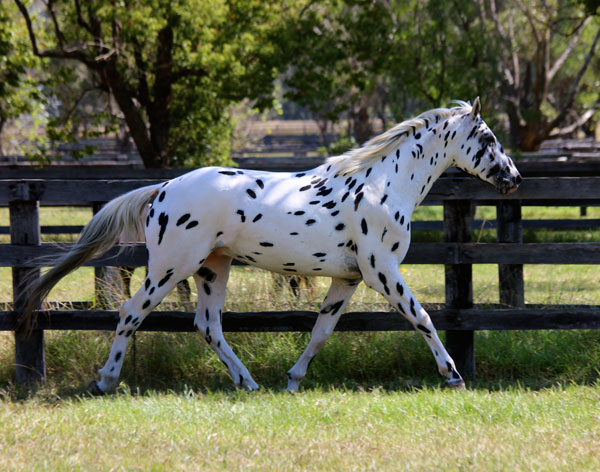 The Knabstrupper is a warmblood breed that originated in Denmark, using influence from spotted horses throughout Europe and it became the favoured horse of the Danish royal family and nobility.

The Knabstrupper is much prized for its performance ability, intelligence and willing nature. In Europe, their flashy exterior, athleticism, calm nature and keen intelligence make them ideal for tough competitive disciplines as well as for the circus, where athletic feats are coupled with an uncompromising need for a calm, brave and trainable nature.

They've been extremely well represented in Paralympic dressage, where they embody the grace, strength and movement that discipline requires while remaining level headed.

The Knabstrupper is a horse that can do pretty much anything, from showjumping to cattle work, dressage to endurance, as well as be a superb family horse for all ages. The Sartor line has been carefully bred to preserve and enhance the uphill frame, expressive movement and scopey jump that is so prized by performance horse afficionados, no matter which equestrian discipline they're involved with.

No matter what the science says in the end, people will tell you the Appaloosa and the Knabstrupper breeds get gold stars for their calm, trainable and willing natures as well as their athletic abilities... try one and you'll see what we mean!